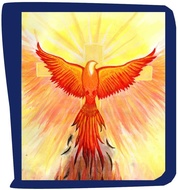 Christopherus Homeschool
Lifestyle • Spirituality/Belief • Education • Culture
This community is for homeschooling parents and also Waldorf teachers who are using the Christopherus curriculum.
Interested? Want to learn more about the community?

Hi friends,
I'd love to be able to use this group for feedback and sharing on projects I am working on. Once upon a time, way back before the FB group, I had a yahoo group that was intimate like this locals group--it was so useful to me to be able to toss ideas around with folks about curric I was writing and various projects (like conferences) I was planning.
So here is an excerpt from the 8th gr LA program I am currently writing. It is addressed directly to the student--both 7th and 8th gr LA will consist of Student Workbooks and a Teacher's Guide.
Feedback?

Joe Bruchac, Bowman’s Store: A Journey to Myself

You might have read some of Joe Bruchac’s stories or novels. He is a gifted novelist and we highly recommend his work.

This book is his autobiography. In a nutshell, it is the story of how he came to appreciate and honor his roots. At a time when being even only ‘part Indian’ was considered shameful by some, Bruchac found pride in his Abenaki heritage and went on, as you know, to become a great novelist.

What I really enjoy about this book is how Bruchac weaves Native American legends and stories in with his own story—it brings depth and color to what he relates and also puts him in that context: he is American, he is a man, he is a storyteller, he is half Slovak---but he loves and lives his connection with Native American traditions.

Your assignment is to research your own family background and create some sort of oral and written report. A key aspect of this is for you to find the stories that were—or are—alive for your family. At the same time, please create, as far as you can, a family tree like you find inside the front of Bowman’s Store.

This project could be part of the work you do for your American History main lesson this year or could take place during language arts lesson-time.

Here are some thoughts to get you going. Obviously, you should talk this through with your Teacher though hopefully you can do much of this work independently:

Sigh….I’m not going to say we cracked the livestream thing just yet….but I got a new iPad (whole new world for me) and let’s hope I can now easily livestream!!!!!!! I am going to talk a bit about the conference and see if this works….feel free to ask questions or give feedback if you are here now or if (assuming this works) you want to chime in at a later time.

The talks in this series (‘Parenting in Dark Times’) are all related. This one is mainly focused on us, on parents.

If we understand that freedom is a quality which is latent in every human being but can only come to meaningful fruition in adults, then we can support children as they develop, being patient in the trust that freedom takes many years to ripen.

Donna-at-CHR@Donna-at-CHR
July 19, 2021
Homeschooling with more than one child

If anyone wants to listen to this and start a conversation, let's do it!!🙂

Hi All,
I was scheduled to give 2 livestreams today, one on 'Balancing on the Abyss' and the other, 'Help from the Spiritual Worlds'. I am unwell, not up to engaging with such full-on content...so apologies to anyone hoping to be present for those livestreams. I will, of course, record those 2 talks at some point very soon and everyone can listen then!
And if anyone has any comments or questions for me to ponder in advance of those talks, I would be very interested in what you might say! I can try to weave in a response as appropriate.

Hi Everyone,
OK....this is the third time I have written a greeting to our newest members and supporters---I keep pinning it to the top and it lingers for a few days and then disappears despite the fact that the pinning I chose was/is permanent!! Grrrrr....
So--hello new folks. I encourage those of you who are supporters to introduce yourselves and say hello! (and hello to new members who are not supporters---you are able to read but not post. Just want you to all know your presence is valued too!)
Do know that locals is very much a work in progress---even in the past couple of months it has gotten a little less glitchy and has improved---but it has a long way to go. Please be patient--and don't feel dumb or weird if you get lost or can't find where things are--it is not a completely intuitive (so to speak) platform...

We're on!!!! Weekend of 10 December at the Threefold Community in Spring Valley NY. This conference is only for people comfortable without masks and such as I need to really connect intimately with people and see their full facial features. Also, this will not be like other Christopherus conferences---there will be a lot more emphasis on coping with the challenges of our times and really getting to grips with how to maintain the health and joy of our families. So it will be pretty full on. It will not be everyone's cup of tea.
Next week we will have a page on the Christopherus website where folks can read through the details--I will be asking folks to read through a few things so that we are all more or less on the same page---it would be good for those not completely in the know about my angle on things to listen to the 6 talks (4 as of writing) that I have recorded.
So.....next week registration opens. All details then! I will announce here (and probably send out a special email to ...

Welcome to the new Christopherus locals group ! This is an experiment which I hope goes well--looking forward to chat and conversation, support and sharing. This place is for all of you to share as Christopherus homeschoolers and to also work with me. Videos and perhaps live chat to follow once I get the hang of this!
Click on this text anywhere and that will open a comment box so you can introduce yourself!